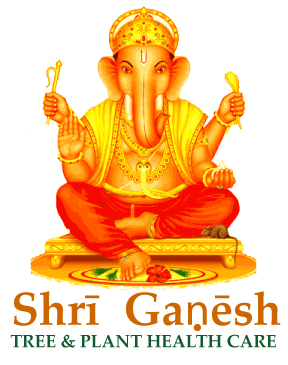 God’s joy moves  from unmarked box to unmarked box, from cell to cell.  As rainwater, down into a flowerbed. As a rose, up from the ground.  Now it looks like a plate of rice and fish, now a cliff covered with vines, now a horse being saddled.  It hides within these, until one day it cracks them open.    Rumi

Love flows as gratitude in the teardrop rolling down my cheek. Turning into a dewdrop as it lands on a blade of grass, reflecting the expansive starlight above. Love flows as God in cloudbeams as day is ending, caressing the creation with softness. Love flows in me as perception. God in a pebble, God in green, God in footsteps, God in me.

Sends forth the Vine

We can easily think of God’s abundance in the form of nature, the towering mountain ranges or impressive rivers and oceans, or the luminous pink-gray clouds at sunrise edged with gold.  We can see it in the richly varied cornucopia that is offered by the earth, the bushes filled with berries, that magnificent zucchini plant, or even the private beet rounding itself underground.  All of these we can appreciate and understand as manifestations of God’s abundant and generous hand.

But it takes another leap of understanding to recognize our own hearts as vessels for God’s bounty, to appreciate that our own small acts of goodness issue from that same overflowing energy that splits the seed and sends forth the vine.

The Tree and our Sufferings

Once there was a man who was very afraid of his own shadow and disgusted with his footprints. He was really sick of them, so he tried many things to erase them. He took many different courses from many different teachers; he even took the twenty-one courses of Nasruddin. Still the footprints and the shadow were not erased.

Every day his fear and anger toward the shadow and footprints grew and grew. He was getting desperate. He thought if he walked very fast to another town, he would leave them behind. So he walked very fast, but the footprints were following him. He looked back over his shoulder and he began to walk faster. He gave another furtive glance over his shoulder, and still the footprints were following him. He ran faster and faster. But as he was running he looked back and saw the footprints and shadow still chasing him.  Finally after running and running and running, he collapsed and died. He died, but still his footprints didn’t leave him; they were right behind him. His sufferings were still there.

We are also in the same predicament. We try to get rid of our sufferings, but we look back, and still the sufferings are chasing us. Instead of turning inward and finding a place inside the heart and experiencing supreme peace and bliss, we chase our sufferings.

We have different things that are our shadow and footprints; our fear and anger, our lust and greed, our desires and infatuations. But we never try to go inside and sit under that large tree right within us and experience that supreme bliss.

A young aspirant was sitting at the foot of a tree in the summer heat. Fortunately or unfortunately, the tree he happened to be sitting under was the Kalpataru tree, the tree that fulfils all desires, but he did not know this. After a while the heat became scorching and he said, “How I wish somebody would come and fan me!” Right away a young boy came and started fanning him. First he was very surprised. Then he began to think that whatever he wished for would be granted. So he said, “This is a young boy. I don’t want him. Let me have a beautiful girl.” Immediately a beautiful girl came and started fanning him. After a while he said, “Now I would like to have food here. I am very hungry.” The young girl went and fetched food for him. He ate his fill and then said, “Oh, how beautiful this place is. But I don’t see any animals here. I am in a forest, but how is it that there are no animals? A forest should always be alive with animals. How I wish to see at least one tiger in front of me!” In no time a tiger appeared—only to devour him!

So, as George Bernard Shaw said, “There are two tragedies in life. One is not to get your heart’s desire, the other is to get it.”